Oh, but I’ve lived through some scary days in my short 28 years, but I’ve found SO MUCH TRUTH in exactly what this quote says.

Nothing stings worse than regret.

ANYTIME that God has put something on my heart and I’ve turned the other way, pretending not to hear His call, I’ve regretted it. HARD.

So, I stopped turning away from Him as best I could and, each time, risked looking a bit like a fool. In the end, GOD CAME THROUGH, EVERY. SINGLE. TIME.

In 2007, I dumped my long time high school boyfriend when, a guy I barely knew, came back into my life asking for another chance (only to realize that very guy was my very soul and a perfect mate).

In 2008, I said “Yes” to a proposal at 20 years old, before we had lived together or slept together. The world thought we were crazy (only to be utterly grateful and find that His “crazy” way of living is exactly how God intended). <3 PS… Happy 8 Year Would-be-versary, Nicholas… We had it good, love. We were so blessed. We ARE SO blessed, even now, huh? We HAVE it good. <3

In 2011, I sat by my husband and planned a trip to meet with a rare cancer specialist though we had no money in the bank as we had just bought our first house (only to get a call an hour later from someone who wanted to give us their airline miles, which covered every cent of those last minute flights).

In 2012, I quit a job with my husband in remission and me, 9 weeks pregnant (only to find God had a better one lined up for me, where I could work from home. Just so happens that Nick’s cancer came back with a vengeance three months after that job change and I was able to take care of him AND work. GOD. SEND.)

In 2012, I asked for time off when our money had all but run out, with a mortgage to pay and medical bills stacked higher than a chimney (only to be told that ANY and ALL time off that I needed would be PAID, in full, though I had accrued no PTO to spend).

In 2013, I gave birth to a beautiful baby girl, her life thrived while my husband’s disappeared before my eyes. And yet I FOUGHT my instincts and chose to trust Him anyway (only to find, later on, that He really was worth trusting all along).

In 2014, I walked my 9 month old daughter down the aisle of a church at my husband’s funeral and I smiled and I laughed (only because I KNEW that I could still find a reason to smile, even though it felt as though life had been torn from me).

In 2014, I moved across the country, to Florida when He called me there with my 1.5 year old little girl, 5,000 miles away from my friends and family (only to realize that I needed this time to myself to figure out who I was AFTER loss, that I could be a good single mom, and to come closer to my God).

And, in 2016, with many mistakes behind me but fewer regrets than before, I said “Yes” on the alter to a man who people exclaimed “I had only dated for a year!” (Only to find that peace that surpasses understanding, that I knew THIS MAN was made to be my *second first*.)

The list goes on and on and on… And I *also* have a list of times I’ve turned my back on what God whispered to my heart… That one isn’t as pretty. I’ve found that following a God who whispers to your soul, even when it seems like a crazy bunch of nutso is ALWAYS, ALWAYS worth it. Because sometimes the LOUDEST plan isn’t the RIGHT one.

God’s plan DOESNT always make sense. And, often, He will ask us to take a step, even when we might be close to THE LEDGE. He asks us to step out, NOT BECAUSE ITS SAFE but because HE IS THERE.

BUT YOU CANNOT BE BOTH. ❤️ 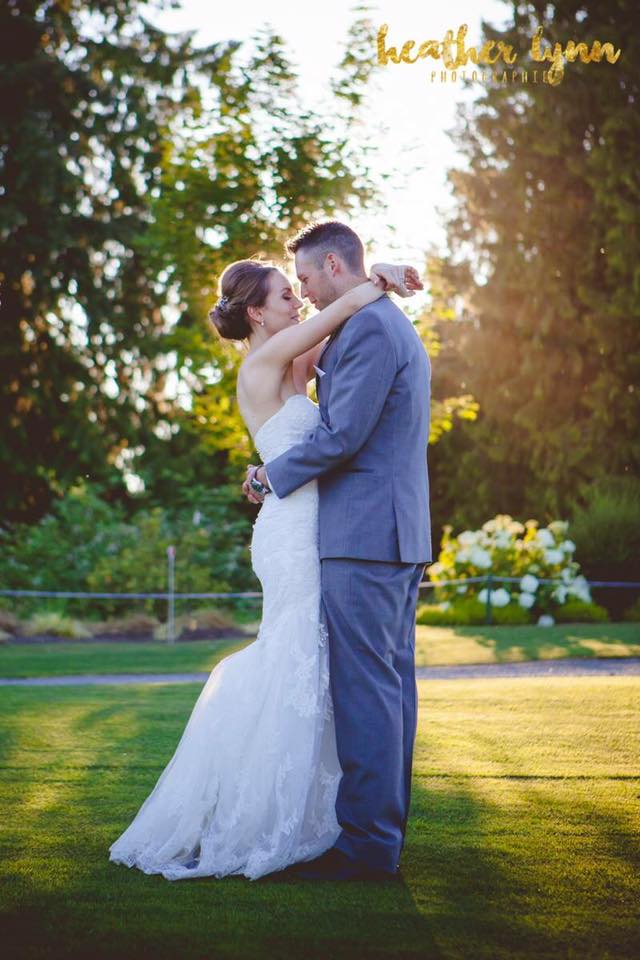 Sooo DANG GRATEFUL for the people in my life who have spoken into me, believed in Gods direction for my life, followed Gods direction on their own, and held their tongues if they ever thought me a fool. There are many but specifically, I would love to thank Nick, Jay, Judy, Eric, Daniel, Kat, Cat, Sean, James, Mike, Genna, Kinslee, and my whole family and COUNTLESS friends. I could never forget all you’ve done for me. ❤️ ‪#‎danggrateful‬