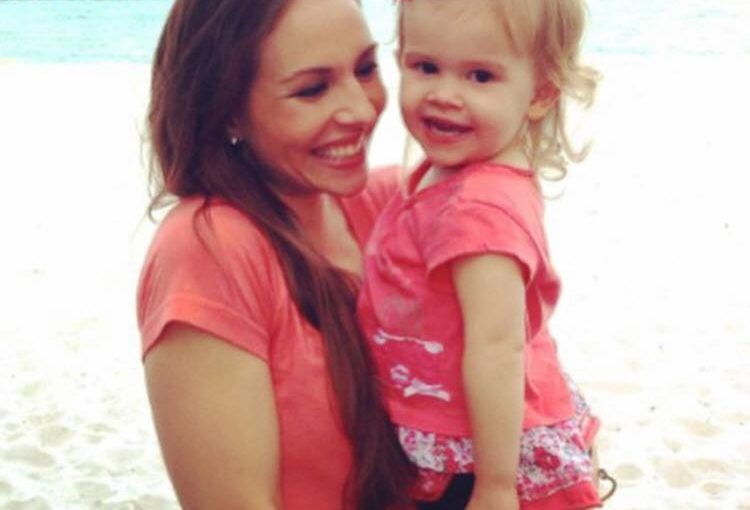 I’ve definitely experienced periods in my life where I didn’t feel like I knew which way God wanted me to go. Where I felt like God wasn’t really giving me direction and I didn’t know what His will was. But, none of those periods were quite as QUIET as when I lived in Florida.

I had felt a tugging to move to Pensacola…. a tiny beach town on the Gulf of Mexico, and I hadn’t known WHY, really. I knew God wanted me there, I had made a few friends in the area, had spent a month vacationing there, had a little crush on a local, but none of THAT constituted a move. I mean it was BEAUTIFUL there too, but NOT like Washington-beautiful.

I didn’t know the answer but I KNEW I had to answer the call anyway. My husband, the love of my life, and my baby daddy, had passed just a year before, I would have to sell the house and uproot my one year old and, as a SINGLE WIDOWED Mom, trek across the country, THOUSANDS of miles away from my family and all reliable babysitters.

It didn’t make sense. It was nuts. My friends and family (most of them) didn’t really get it, but I shrugged my shoulders and told them, “Neither do I. I just know I have to go.”

When I started making plans, God moved in big ways, assuring me that He wanted me down there. I had an offer on my house for ABOVE asking within five days of listing it. I found a moving company within my budget quickly and felt ok trusting them with all my stuff. A town house the PERFECT size for Austyn and I basically fell into my lap that was just minutes from the beach. And, I secured new contracts with local Pensacola businesses in a matter of weeks.

When God gives you marching orders and you follow, He sure will make sure your path is straight.

So, I went through 45 days of hustle and got everything set… Flew across the country, settled in, found a part timeChristian pre-preschool for Austyn for while I worked, I went to markets, I dated that local, I joined a gym, I raised my baby girl, I made some great friends… and then, the rest of the time, I prayed a TON.

My question seemed to go unanswered, for so long.

“Helllllooooo? YOU brought me down here. What do you want me to do?”

“That’s it?! Really. Move across the country… and then…. Do NOTHING?!”

At first I felt cheated. And confused. Like why?? But, then I decided just to listen and do what He asked. Because, in my experience, even when it doesn’t make sense in the moment, God always makes sense later. So, I stilled. I worked on me and on work and on Austyn but other than that, I was still, UN-PLANNING (which is so UNLIKE me).

So, for months, there was:

NO moving forward with my book like I was planning.

NO direction or heading for my relationship with my then-boyfriend-now-ex.

NO direction on my career, which I knew would be more than just a writer.

NO planning of a family or a house or a future.

Waiting is hard. I kind of hate it. But I did my best to do it anyway. And to stay grateful in the waiting. I prayed. And did my best each day to listen.

EVENTUALLY, piece-by-piece He revealed a bit of the next steps for His plan. But ONLY one step at a time. I couldn’t see the whole staircase, as they say.

First step was to break it off with the local which was so scary, especially because he was one of the only people I had come to know in Fl and also because my heart was still so very fragile from losing Nick.

Months later, it was a direction to move home. To give up the life I had just finally gotten used to, the white sand beached and the salty air. The best friend who lives just a few miles away….. Just up and pack AGAIN.

And, revealing the next step in my career path didn’t even come for almost a YEAR after that.

I think, in the end, following Gods will is all about TRUST. It’s about taking it a step at a time. A day at a time. And trusting, that, in th is end, HOW He’s leading will all make sense in the end.

Sometimes that means quitting something even when we don’t see where we are going to next.

Sometimes it means resting where we are without even attempting to plan the future.

Sometimes it means starting something new.

But only you can know what God is speaking to your heart.

Continue to pray, read His word, and TRUST that HE can figure it all out for you. One step and one day at a time.

Oh, and now, looking back on my time in Florida…. I can see SO MANY REASONS for my time there. SOOOOOO MANY.

MOST IMPORTANTLY: I wouldn’t be the person I am today without the time spent on, what felt like, the other side of the world. My trust in God and my dependence on Him wouldn’t be as strong. My confidence in myself and appreciation for silence wouldn’t be so ingrained. And I might not have this thick skin that formed from following God even when everyone else thought I was whacko.

NONE of those reasons were apparent to me BEFORE I moved there or even immediately upon returning to Seattle. Funny, isn’t it, what God and Time can reveal to us, when we give them the room to not make sense?

One thought on “Following God When It Seems Crazy”