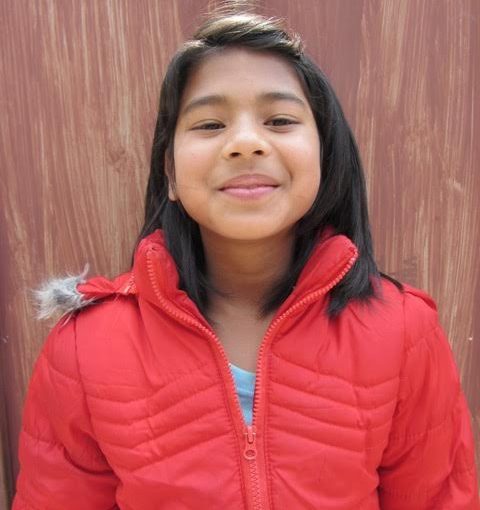 I can press a button to get hot filtered water in an instant, flip a switch to turn on the cozy fireplace, and tap the thermostat up a few degrees if I’m feeling a bit chilly.

But, in other areas of the world, for other families… Things just aren’t so easy.

In April 2015, Nepal was hit with an earthquake that killed over 8,000. Entire villages were destroyed. Hundreds of thousands of people became homeless and children were left orphaned. You may have heard about the earthquake, but you probably don’t know anything about the family there that I’m about to introduce you to.

In one little village in Nepal, a man named Abraham and his wife, Maya, have found themselves in urgent need. In 2015, their home was flattened so they’ve spent the last year raising up new walls and building a house on a rented peice of land (all that they could afford). This little home NOT only serves as a house to their family and one other, but also as the local church for their village.

Right now, Nepal is on the brink of the cold season… And, there, it gets VERY cold. Abraham has been trying to save up enough money to insulate his ceiling. But, with 10 mouths to feed, very little monetary resources as a pastor of a poor village, and a church to run, he’s been unable to do so.

Last year, someone bought them coats to where inside as well as out. They SUFFER during this cold season. These young kids… This little family on the other side of the world in Nepal… They just CANT GET WARM.

You see, when you have a ceiling that isn’t insulated… You end up with a major problem. Any heat that you DO happen to produce… will RISE.

As I sit here on my couch, under a blanket… I can’t help but feel that we, over here, could do somethin for this family. We could lift them up. We could say, “We see you.”

It’s my 29th birthday on September 23rd… I look at my life…. And, I know, that I need ABSOLUTELY NOTHING.

But, I know, for a fact, that these kids need something. And, it’s as simple as a roof.

I thought I would throw this out there… I thought I would see if anyone else would want to help out too. I thought that I could share this link with friends and family and ASK that if you were planning on getting me a gift this year, to PLEASE forego and INSTEAD put that money here.

I want to send Abraham a check on October 1st for $2,000. He says it might end up costing more like $1,800 if he can find someone who costs a bit cheaper. I say that if there ends up being extra, those kids can get some scarves and boots and HECK maybe another coat or two.

My pictures aren’t uploading correctly right now… So I will have to get more up of the rest of the family soon. But, for now, I’ve got this. Her name is Kasumi. She is 8 years old. She is cared for and SO LOVED by Abraham and his wife… Lets show her we care, too.

Let’s keep them warm. Let’s buy a proper roof. I can already tell… This will be my best birthday yet.

2 thoughts on “Buy a Roof; Keep Them Warm”