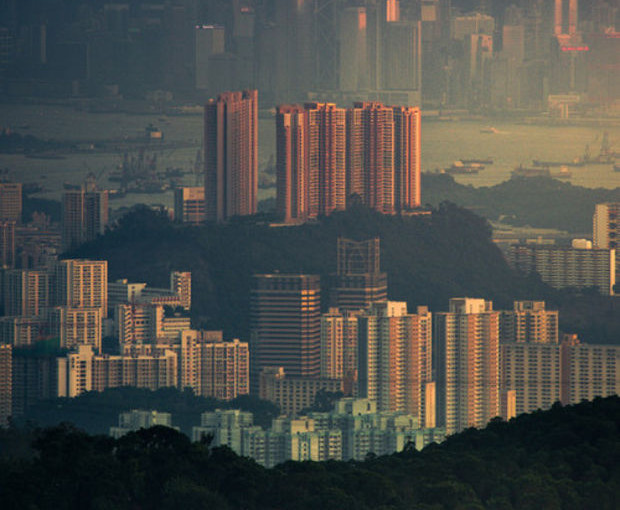 We leave in 5 days for… Hong Kong!

I feel like we’ve just stepped off the plane from Paris. It was, in actuality, 3 months ago but life has been FLYING by since then (pun intended… teehee). This 14 hour flight is going to be a doozy, that’s for sure, but it’ll be worth it! Though I’m gonna miss my little girl, I can’t wait to land in this beautiful city with it’s impressive skylines and walk amongst the 7.2 million people that call Hong Kong home.

So, why the heck are we going to Hong Kong? Let me get there…

I’ve wanted to go on a missions trip for years, almost decades now. I’ve wanted to be in another country with the purpose of seeing others through Jesus, helping how we can, without going exclusively for pleasure or business. The desire for a trip of this caliber was reinforced when I met Nick at 19 years old. He, too, wanted to go on a missions trip and we vowed to do one together someday.

But, life got busy and excuses took over. We got planned a wedding and got married the first year we met, and that was busy. We were newlyweds the first year we were married… and, that was busy too. Then, we were excelling in our careers the second year of marriage and I didn’t have the time to think about vacations, let alone, trips for others (bah-humbug…). The third year we were married, my mind was somewhere else entirely and then Nick was diagnosed with untreatable cancer. As you might guess, we didn’t end up having much time left to plan a missions trip. We fought and fought cancer and squeezed every ounce of joy out of life, but Nick passed two and a half years (and a baby) later.

“Anywayyyyy….” (always a great segway), we are meeting my friend Pastor Eric and his amazing wife Virginia in Hong Kong! Eric, whom I still call “Pastor Eric” or “Pastor E,” (though he doesn’t officially pastor a church anymore) has been an an amazing friend to me for going on 10 years. He began preaching at mine and my parents church when I was in High School, walked me (and most of my family) through my parents heartbreaking divorce, conducted Nick and I’s pre-marital counseling, married Nick and I, counseled us kids some more, and eventually helped me walk Nick home. Pastor E has been so much more to me though than a counselor or a pastor, he has been a true friend and modeled Jesus’ heart so clearly.

In fact, the way that Pastor Eric responded to me during my times of pain, intense doubt, fear, frustrations, worry and grief are the ways that I aim to respond to people when they now come to me with their pains, doubts, fears, frustrations, worries or grief. He never seems to judge me (or, if he does, he doesn’t ever give himself away) and he always tries to sympathize without claiming to understand. It’s incredible to have him as a listener and I’ll always cherish his friendship.

Pastor Eric left the church he had pastored for 8 years when he felt called to be the Asia Area Director for the Free Methodist Church. He now oversees the missionary team in Asia, partners with Asian national leaders to build a strategy to bring more people hope through Jesus, and works to more purposefully connect the church in Asia with the church here in the United States. (What a mouthful! This right here is a busy guy!) He is convinced that the relationship between the church at home and the church abroad can be mutually beneficial… And, let me tell you, I agree!

The more connected we can be with people in our world, the better… whether that’s with people across the street or across the seas. We’re all the same. We all need each other. 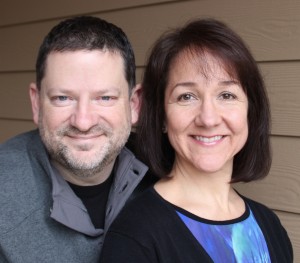 So, I had texted Pastor Eric back in February of 2015. I had just realized that I’d been throwing around the idea of a missions trip for going on two decades. And I decided that enough was enough. I decided to be DONE with EXCUSES!

I would ALWAYS be able to come up with an excuse NOT to go. And excuse NOT to get outside my comfort zone. But, if I wanted to make it happen, then I needed to do just that. Stop making excuses and start making plans. So, I made a pact with myself. I would do a missions trip within the year. And, to keep myself accountable, I texted Pastor E, too. “Friend, I want to go on a missions trip before February of 2016.”

I told him I didn’t know where, with whom, or for what organization. But, asked him to pray for me and try to help hold me accountable. In the months that followed the thought of a mission trip would pop in and out of my head. I pushed it aside as I focused on more pressing matters. I moved myself and my tiny toddler from Florida back to Seattle, my sweet girl turned 2 years old, I continued working as a contractor and wrote blog post after blog post. I even started thinking about writing a book. Things were getting busier and busier, but I didn’t forget my promise.

Then the very first time Jay and I reconnected this summer, Jay brought up the trip he had gone on months before, in February of 2015 (the same month I had texted Eric about my promise to myself. Coincidence?!). He had gone with a group from his church to Guatemala. He told me of the children, of the lives there, of the friends he made. Then he said that he wanted to go on another missions trip in 2016…. by February.

“So funny! I texted my pastor in February and told him that I needed to go on a trip before February 2016. Weird! Let me know if you end up planning a trip again…. maybe I can tag along?”

At the time, we were obviously oblivious (try saying “obviously oblivious” ten times fast!) that our friendship would progress the way it did and that we would end up together just a few weeks later. Funny how that works.

So, back to the trip! We actually started talking seriously about a missions trip back in September, knowing that we needed to get something on our calendars to really make it happen. We looked at a few different organizations and threw around some ideas. But, the more that I thought on it and prayed about, I kept coming back to my friend’s ministry. I had supported Pastor Eric and his wife and their mission with some tithing every month. I really wanted to learn more about their work. He had mentioned that they would love to have us along on a trip. And, the more I thought on it, what better way to learn more about missions work than to accompany one of the top leaders for the church in Asia missions?! And, added bonus, that that very same top leader is one of my favorite people (who I would love for Jay to get to know better and vice versa).

So, there you have it, more or less. This is how Jay and I ended up Hong Kong bound – and stoked about it!!

We leave on Saturday and arrive on Sunday. We fly for something like 14 hours and land in a timezone that is 16 hours ahead. How’s that for amazing? So, basically, we lose a whole day traveling there, and travel through timezones at lightning speeds on the way back! (HA!) I expect that our landing back home will feel a lot like the Twilight Zone.

Pastor Eric and Virginia will be meeting us in Hong Kong come Sunday and will be leading us on this adventure and throughout the city for about a week.

Our mission will be one part cultural awareness, one part prayer, one part marketing brain storm, and one part pre-marital counseling. Sound like we will have enough to do? ;] We will get to experience the city and places like: The Stanley Market, The Peak, Kowloon Walled City Park and even Hong Kong Disneyland! Get ready for some sweet HK pics on my instagram!!

I read this quote once and took it to heart.

God will guide your footsteps… But only if you are willing to move your feet.

Yes, sir… They are a moving! One step, two, three…

I don’t know exactly what to expect on this trip of ours. I know that we will learn A LOT more about a culture and a people who are fairly unfamiliar to me. I know we will see things we aren’t used to. But, I also know that Hong Kong is a *little bit* like Seattle.

Whatever happens, whatever the outcome, I pray that God uses us on this trip to touch at least one life. Maybe even just to be the support to our dear friends who do this month in and month out. You never know what God has in store.

Until next time, Bon Voyage! Or, however you say that in Cantonese… ;)

4 thoughts on “Headed for Hong Kong”